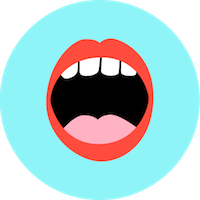 This entertaining cooking app has been in the works for over two years. We worked with the client on a first iteration that initially went live to a limited number of users in November 2016. The client took time to gather metrics and data, and based on user feedback launched a redesigned version in October 2017. The app has separate user interfaces for iPhone and iPad, and we made the most of the additional screen real estate iPads provide.

Project Foodie is a unique app that guides users through real-time cooking instruction. Each meal has deep levels of information. Meals start with a preview - akin to a movie trailer - that shows an overview of the process from prep to mise en place. The app displays a list of ingredients, list of tools, and step-by-step written instructions. Users can select different serving sizes for each meal, and the ingredient quantities automatically scale. This required some very heavy lifting, due to the need to comply with the customary units of measurement required for cooking, such as teaspoon to tablespoon conversions, and multiples of units such as “pinch” and “sprig.”

We created a comprehensive backend management system that also allowed the app to update quantities inside the written step-by-step instructions, as well as the on-screen events that guide the users through the cooking process. The app also contains a set of dynamic timers that display on the video when tapped, but also exist independent of the video content - that way if a user has to leave the app for some reason, they will receive a system alert that the timer is done and they won’t burn their toast!

The app contains multiple levels of access - with no account, users can scope out the offerings, but can’t access features such as favorites or grocery lists. As a guest account holder, users have access to only some of the meals, but can use favorites and the grocery list features. Subscribing members have access to all of the meals and all of the features, including Instacart integration, and the ability to save and share grocery lists across devices.

We integrated Amazon links so that users who don’t have some of the tools required for meals can add a recommended brand to their Amazon carts by tapping “Buy Now” in the tools section of the meal. Users have the ability to share trailers for meals, and integrations with Facebook and Instagram make it easy to share the app and the user’s own version of a meal on social platforms. The app had 20 meals at launch, including a four-hour Thanksgiving Feast scaled to serve 10. As time goes on, the app’s offerings will continue to grow, with new content each week.